Newhall Land and Farming Company was created by his widow and five sons to distribute and manage his estate according to his wishes after the death of Henry Mayo Newhall in 1882.

At the time of his death at the age of 56, Henry Mayo Newhall’s estate was worth over 3 million dollars, which would be over $70,000,00 in today’s dollars. 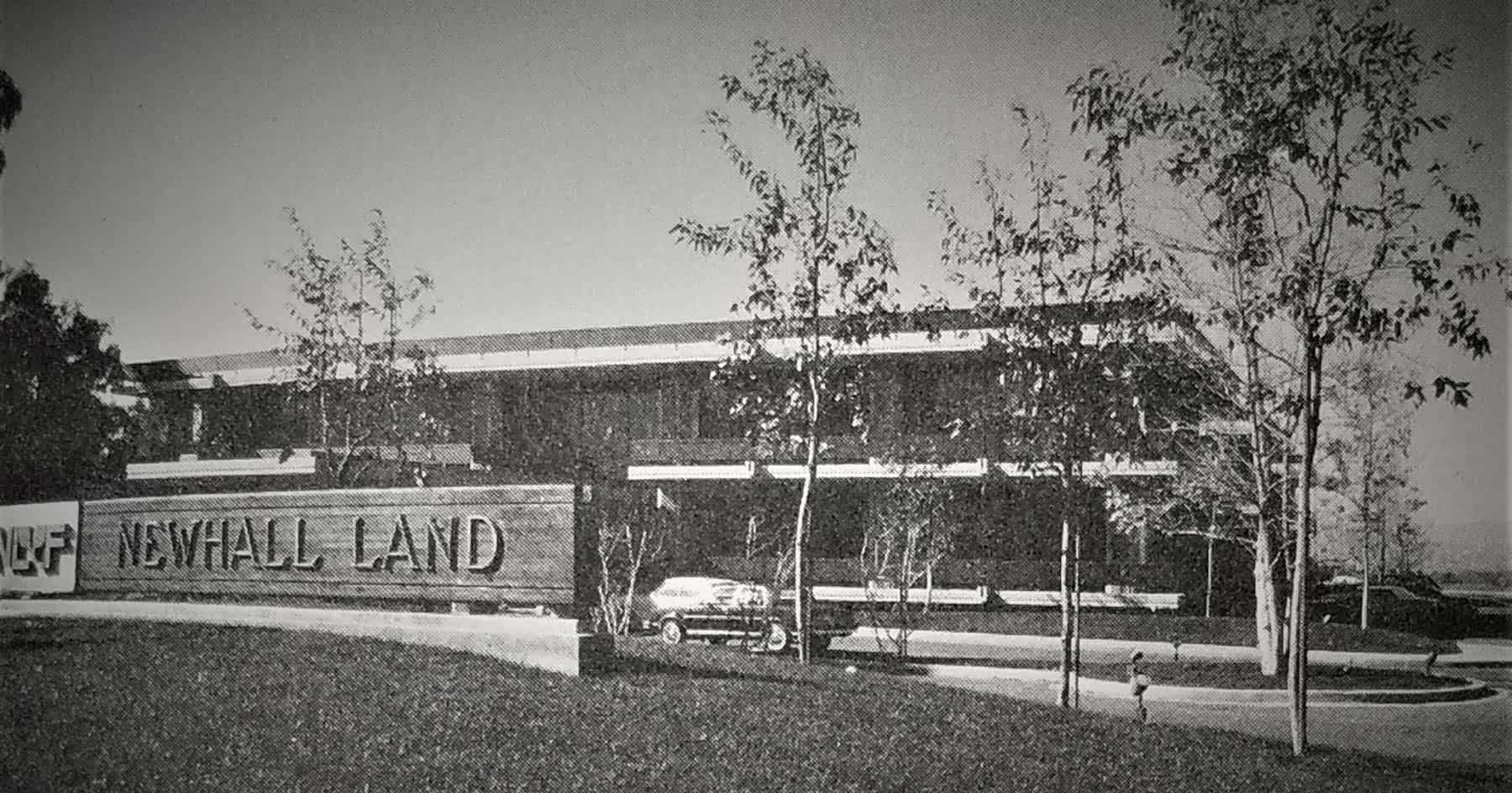 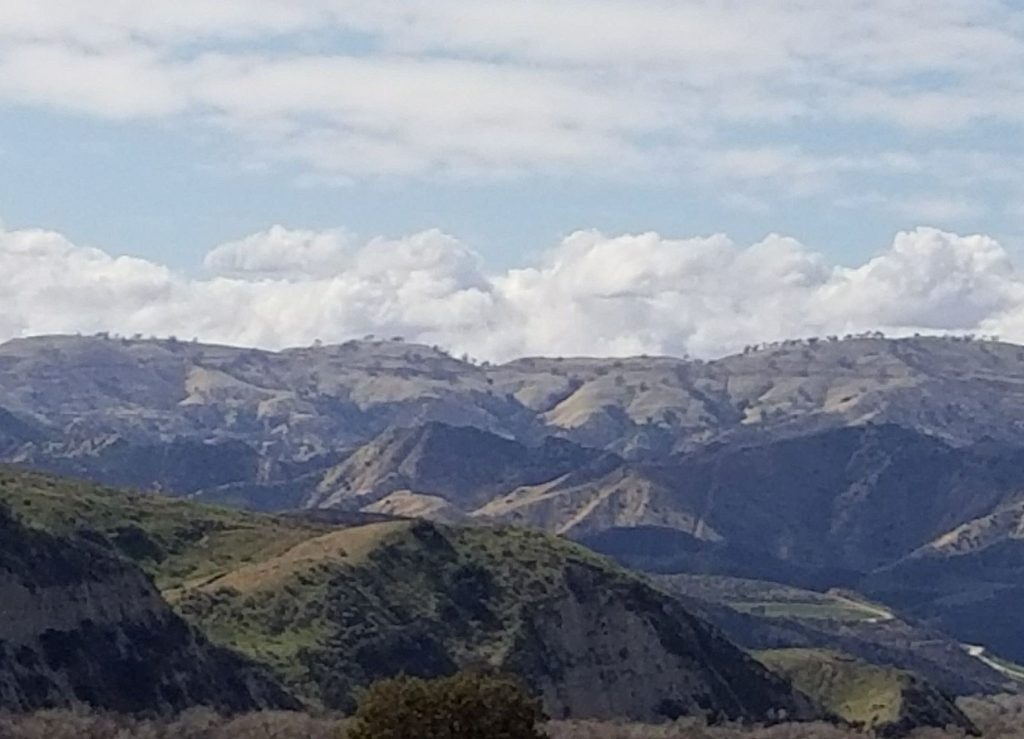 The picture above is the hills of Rancho San Francisco, aka, Newhall Ranch above the Potrero Canyon area.

The other photos on this page are from Newhall Film and the Santa Clarita Historical Society. 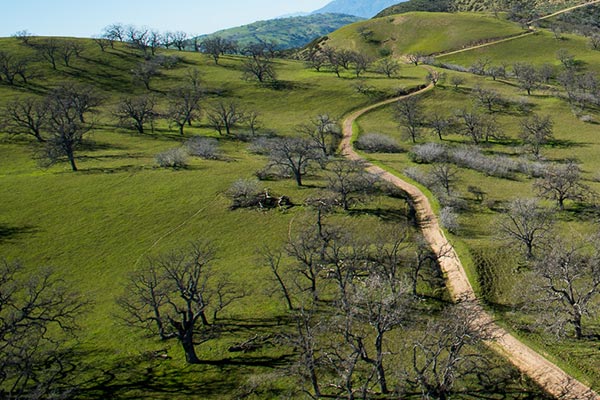 Held in Henry’s estate and later transferred into the Newhall Land and Farming Company were the 6 Mexican Land Grants he acquired totaling over 120,000 acres of ranch land.

The most significant acquisition he made, and what he considered to be the crown jewel of his collection, was the 46,460 acre Rancho San Francisco which he purchased for $2 an acre in 1875

A great deal of the value in Henry’s estate was based on his land holdings both in San Francisco and in the 6 Ranchos he acquired that spread up and down California.

Location Map of the 6 Ranchos

Enlarge the map to see the information details by clicking on the box at the top right of the map. 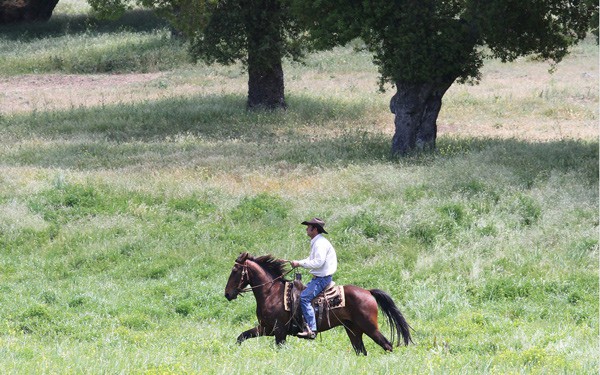 Rancho San Francisco was Henry’s favorite property because of its beauty. It meandered along the Santa Clara River for miles and was surrounded by the Santa Susana Mountains. In his later years, he spent as much time as he could there, much of it on horseback exploring the property.

Henry understood the long term value of all of his land investments for his family’s financial future.  They were very lucky that in his Last Will and Testament, he requested that the land he had acquired, not be sold, which, at least gave them pause when considering to sell it off when hard times hit. 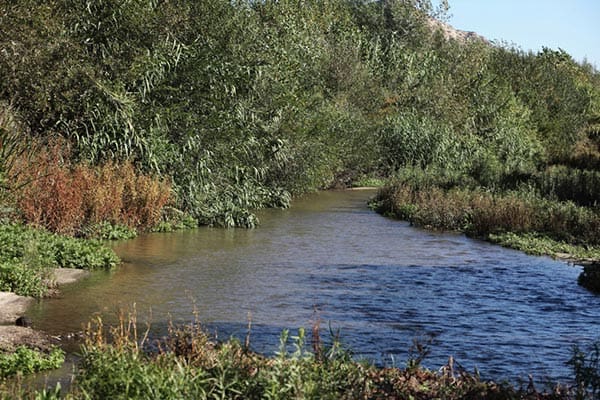 Highlights of the Company’s Colorful History

Newhall Land and Farming Company was set up to distribute the wealth of Henry’s estate and was estimated to only run for 50 years which was considered to be throughout their lifetime.

The company, however, survived almost 3 times longer than the family had originally planned. Newhall Land, as it was renamed later, was 132 years old when in 2014, it was merged into FivePoint Holdings, LLC. 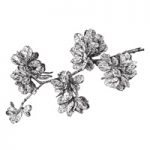 Below are some of the highlights and pictures of the entity that made the Santa Clarita Valley what it is today!

After the death of Henry Mayo Newhall at the young age of 56, his widow and five sons, after taking a year to settle his estate, created The Newhall Land and Farming Company on June 1, 1883. 10,000 shares of stock valued at $100 each were distributed with 2,500 shares to Mrs. Newhall and 1,500 to each of the five sons.

The Newhall Land and Farming Company was one of three companies created out of Henry’s estate and when initially set up, it was comprised of several major ranches in California scattered between Los Angeles and Monterey counties, with a total acreage of 143,000. The company would remain a family enterprise until the late twentieth century.

During the time the boys were young, and Henry was alive at the helm of his business, there was more than enough money to run the affairs of life with plenty of profit leftover and saved for the leaner years.

The first years of the company were often difficult as it suffered the effects of both external factors such as the Panic of 1893 and some of the internal problems often characteristic of “second-generation” businesses.

Unfortunately, the money that once ran one household with a lot of servants and house staff was now running 5 significant palatial estates on the same money.

Ends did not always meet during lean years, so, much of the wealth in real estate that Henry had acquired during his short life was being sold away so the sons could continue to live in the style they had become accustomed to, often well above their means.

White Investment Company Created Upon the Death of Margaret Newhall

Upon the death of their mother/stepmother, the boys inherited her estate which consisted of various remaining parcels of San Francisco real estate and her shares of Newhall Land and Farming Company.

Living with continued financial difficulties, the boys, according to Ruth Newhall in her book, “A California Legend”, “decided not to sell the land and divide up the stock of her estate, but instead created the White Investment Company and made an equal distribution of shares to each of the brothers.” This gave each of the boys additional income to help maintain their lavish lifestyles and to invest in money-generating opportunities.

Early in the new century, in addition to cattle ranching, the company moved in a significant way into citrus and farming of various crops helping to become relatively prosperous by the late 1920s. 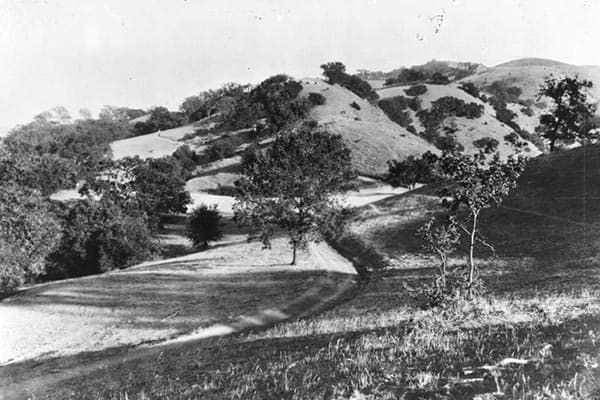 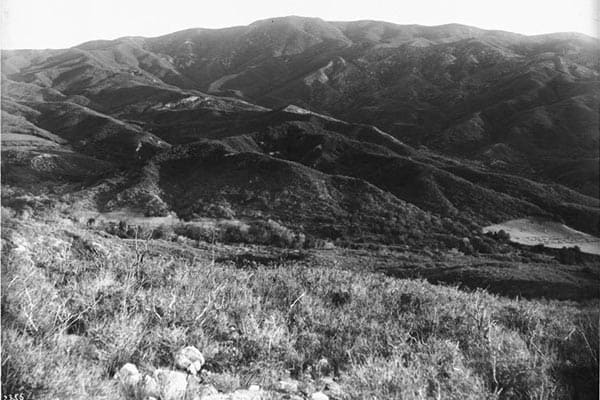 In 1928, the St. Francis Dam, a part of the Los Angeles county aqueduct system, collapsed and sent 12 million gallons of water down the middle of Rancho San Francisco taking everything in its path with it. Most of the cattle, crops, homes, orchards, outbuildings, and the most fertile topsoil in the valley were destroyed, along with the death of several of the ranch personnel.

Great Depression
On the Brink of Financial Ruin

On December 22, 1929, only 7 weeks after the great crash of wall street, George Newhall, President of NLF at the time and the youngest son of Henry Mayo Newhall, died.

After his death, rumors began to spread about the dire financial status in which he had left the company. William Mayo, the last surviving brother, now at the age of 75 and in frail health, hired his son in law, Atholl McBean, to determine if there were irregularities.

McBean, successful in his own right, hired professional controllers to examine the books of the company which found several irregularities that left the company over 3 million dollars in debt.

The biggest problem was that the company and all of its sales and purchases were done on a cash basis.  There was no accounting as to where the money went. Large salaries, bonuses, and dividends were still being paid out to family members even though the company was running significantly in debt and no one knew it.

Atholl McBean
to the Rescue

McBean was the man who saved Newhall Land and Farming from total devastation in the 1930s. Up until that time, the families lived completely on the money they received monthly from the company.

McBean convinced William Mayo, the president of NLF at the time, that if the company were to survive in the long run, all monetary distributions had to stop immediately which, when disclosed, infuriated the entire family of course.

The life of luxury stopped immediately for many members of the Newhall family.

McBean set up new accounting systems, payments were received from outstanding notes held by the company and a $737,000 settlement was paid to the company by LA County Water and Power for the devastation of the St. Francis dam disaster.

The inflow of cash and the tightening of cash outflow in addition to many wise investments made on the various properties helped turn the company around and it was profitable again by 1935.

Upon the death of William Mayo, McBean was named president and CEO of NLF and remained as Chairman of the Board until his death in 1968 at the age of 89. 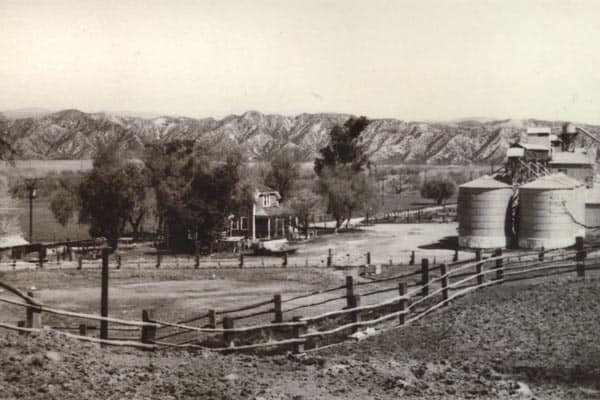 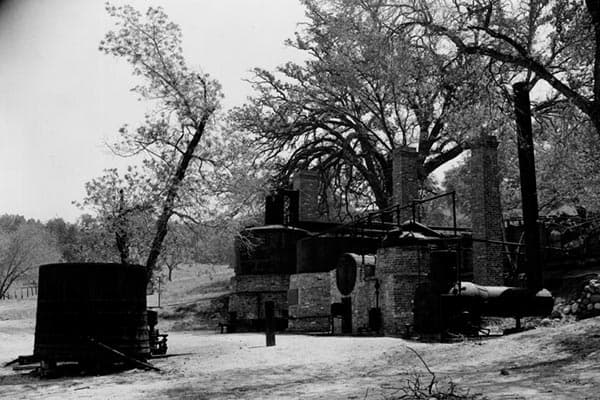 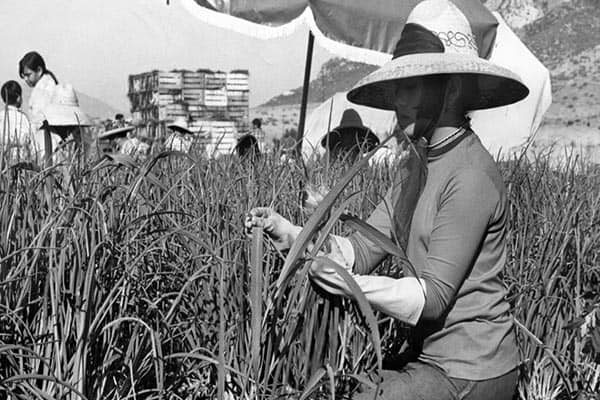 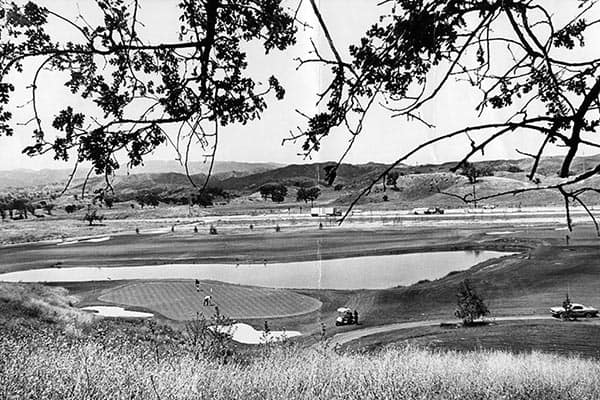 There’s Oil in Them Thar Hills

With the discovery of oil on Newhall Ranch, profits began to soar. As the company coffers started to grow, financial distributions, which had been halted for the past 7 years, began to flow again to the family members.

The Master Planned City of Valencia is on the Drawing Board

With California’s growth rate and the economy booming, urban development into Newhall and Saugus was inevitable. Also, with the establishment of Interstate 5 freeway coming right through the middle of Newhall Ranch, the area was perfectly suited for a bedroom community outside of Los Angeles.

With Henry’s vision of a major metropolis followed by Atholl McBean’s structured vision for the future of the company, a Master Planned community named Valencia was started in 1966 with home sales beginning in 1967.

On May 8, 1969, Newhall Land and Farming, after being a closely held family business for almost 90 years, became a publicly traded company. On the first day of trading, shares opened at $31 and closed at $43 for the day. Within a week they were trading at $51.

In October of 1970, with 20% of shares being held in public ownership, they began trading on the New York Stock Exchange with a ticker symbol of NHL. 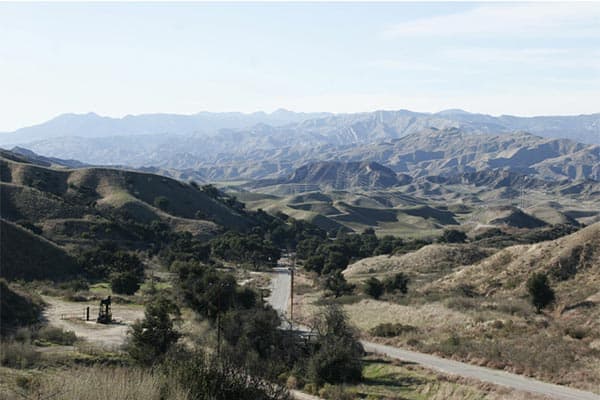 With the overwhelming success of Valencia, Newhall Ranch is put on the drawing board. It would take 23 years of wrangling through the planning and court systems to get the first two communities of Newhall Ranch approved for development.

During the financial downturn of 2005 – 2015, many companies ran into financial difficulties and Newhall Land and Farm was no exception.  A lot of, for lack of a better word, financial mumbo jumbo went on during the crisis.  During that period 50% of it was bought by Lennar and LNR, then it became Land Source, then NLF filed for chapter 11, then it became another new “entity” and on July 2, 2015, it became a subsidiary of FivePoint Holdings, LLC.

In the process of all that craziness, the California Public Employees Retirement System (CalPERS) invested almost a billion dollars in one of the “entities” that was created, I am just not sure which one it was. Cal Pers ended up losing every penny of that money dollars when “the entity” filed for chapter 11 bankruptcy.

It would take a financial analyst much better than myself to really figure out what happened during that time, so I am not even going to try to explain it, I just know it happened. It was an ugly time for everyone… very few came out unscathed during that time.

The first two Villages, Mission Village and Landmark Village, were finally approved unanimously by the Los Angeles County Board of Supervisors on July 18, 2017. I was there when it happened. I watched Mr. Emile Haddad, CEO of FivePoint speak to the county supervisors and heard the gavel hit the desk for the final approval!

It was quite a moving moment for me to watch the faces and reactions of all the men and women that had worked so hard, for so long, to finally be victorious.

Groundbreaking took place shortly thereafter and seems to be progressing at a breakneck pace. I guess if I waited 30 years and spent millions of dollars trying to get it approved, I would move quickly too! 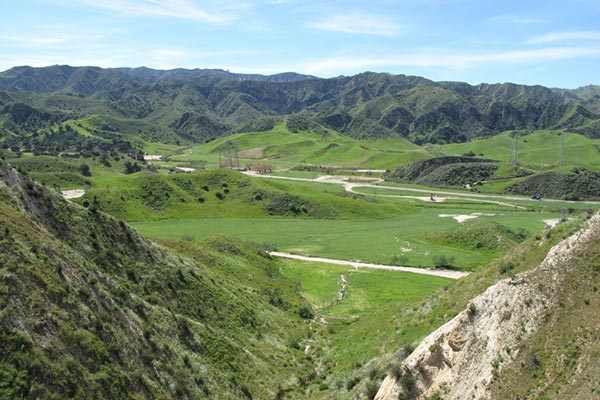 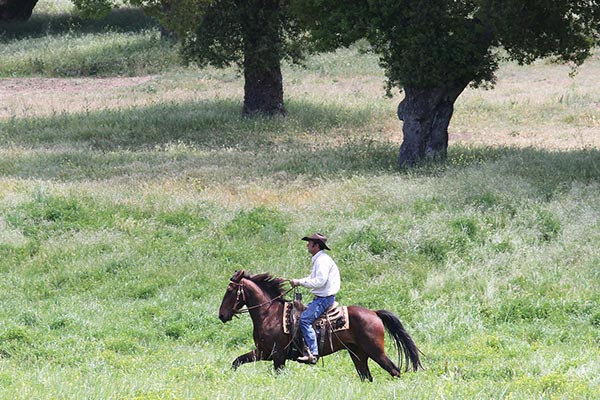 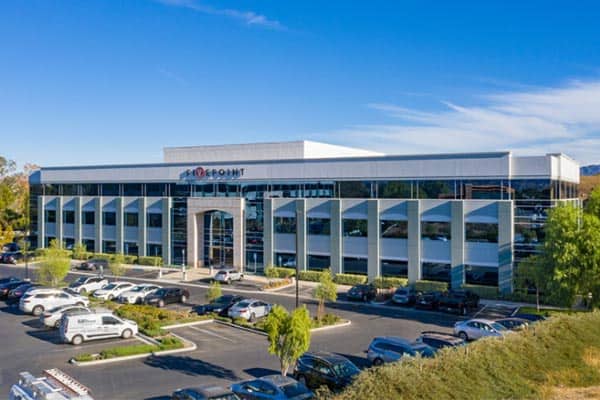 It has not been announced who the builders are or what they bought so when I know more, I will put in the details here.

As of right now, model homes are estimated to begin sometime in the first quarter of 2021 with move-in available mid-summer 2021.